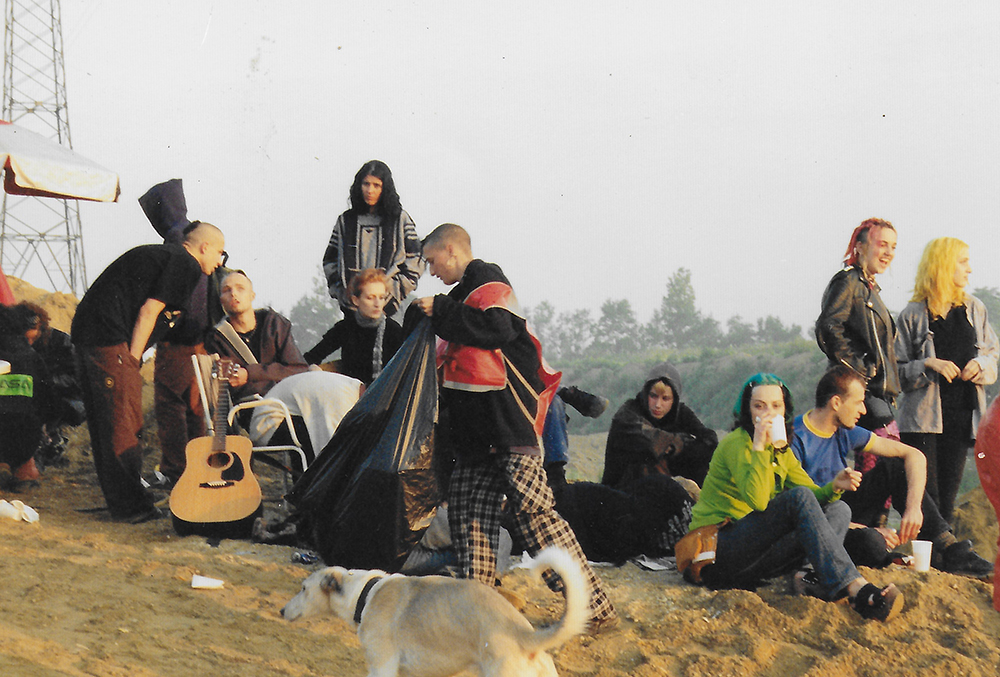 I don’t remember exactly why I decided to use the pseudonym DJ Rubbish or why the E.P was called “At a cinema near you”
I guess I wanted to instil in the Italian Ravers who could be a messy bunch, the importance of clearing up at and after our raves.
I came up with the slogan “DJ RUBBISH – PICKIN IT UP” which was supposed to refer to the DJ sets and the Rubbish.

This was the first record that I pressed myself in Italy after deciding that that was what going to happen I proceeded determinably with the help of various Mutoids with the translation until the project was achieved. 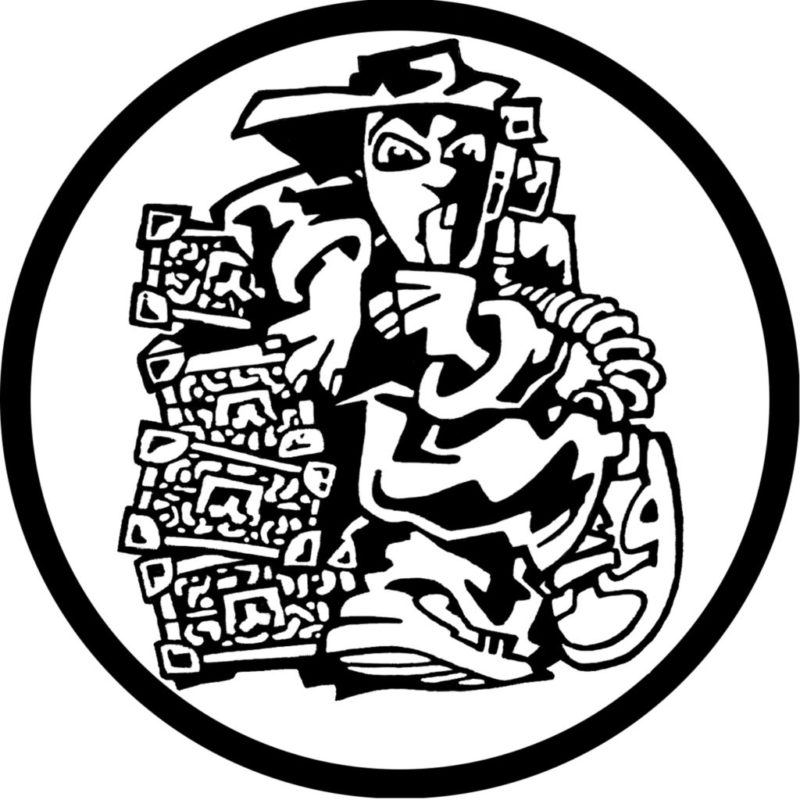 The tracks were recorded in a temporary studio in the back of the ford Cargo while we were parked at Finntech  (near Rome) as after my daughter Minnie was born we had moved into a bigger caravan, Sore Tooth with the sample “and still the baby cried” was a reference to her teething problems as well as the wave shape and an actual sample of Minnie, although more of a chuckle than a cry, is heard in The theme from DJ Rubbish.

Live in Torre del Lago is an extract from a live jam that make up the 4 tracks from the E.P. recorded at our beach side park.

Artwork is by Jake from Total Resistance but is inspired by The Shushman by Mark Angelo. Wheras the Shushman has his record box, DJ Rubbish leans on several flightcases containing his liveset. 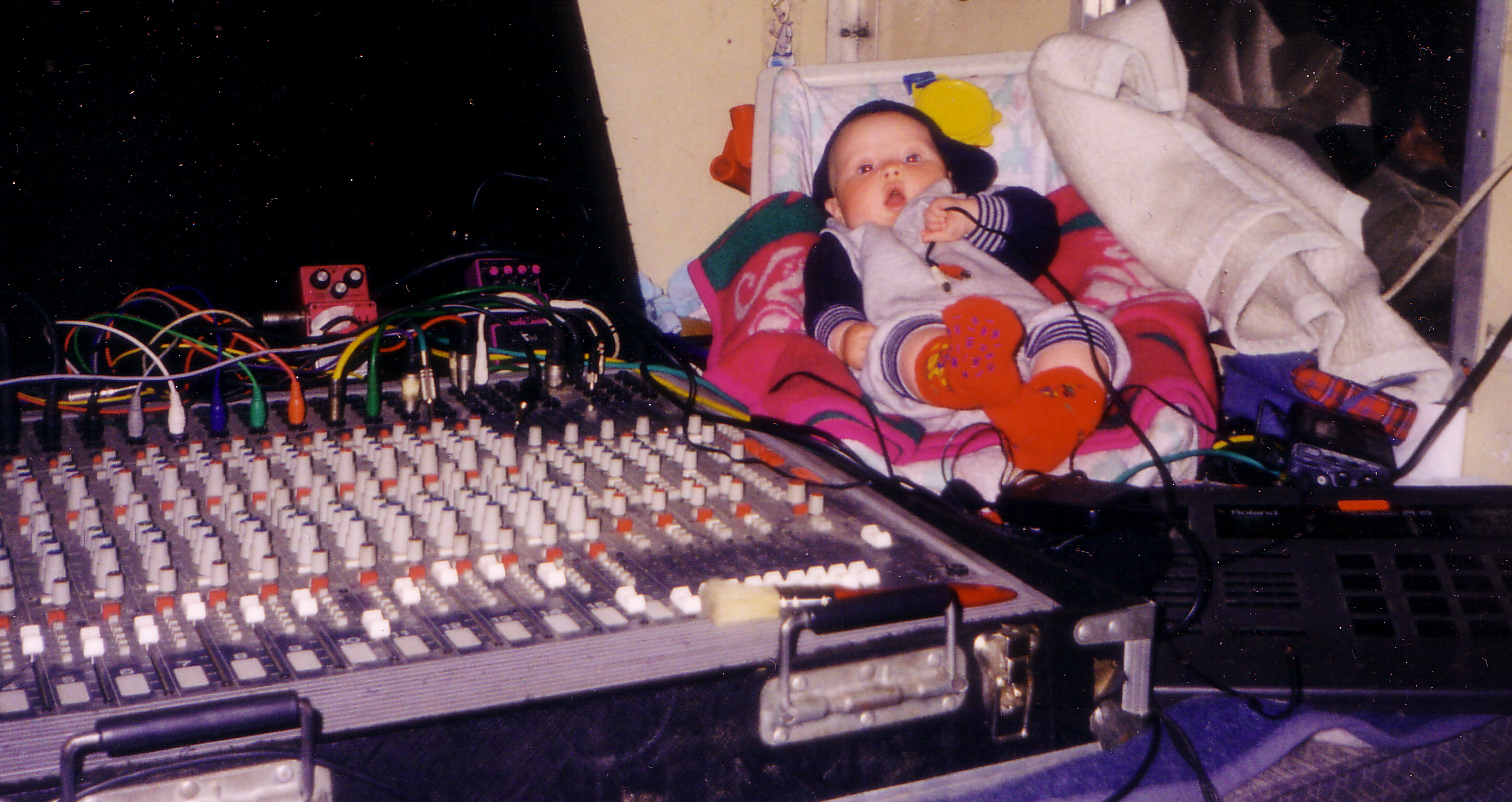 Ford Cargo and Caravan in Italy, we lived in the caravan and the studio was set up in the Truck.
Blue Spiral – 1996 Sequencer Fuk’d Up – 1997
We use cookies on our website to give you the most relevant experience by remembering your preferences and repeat visits. By clicking “Accept All”, you consent to the use of ALL the cookies. However, you may visit "Cookie Settings" to provide a controlled consent.
Cookie SettingsAccept All
Manage consent