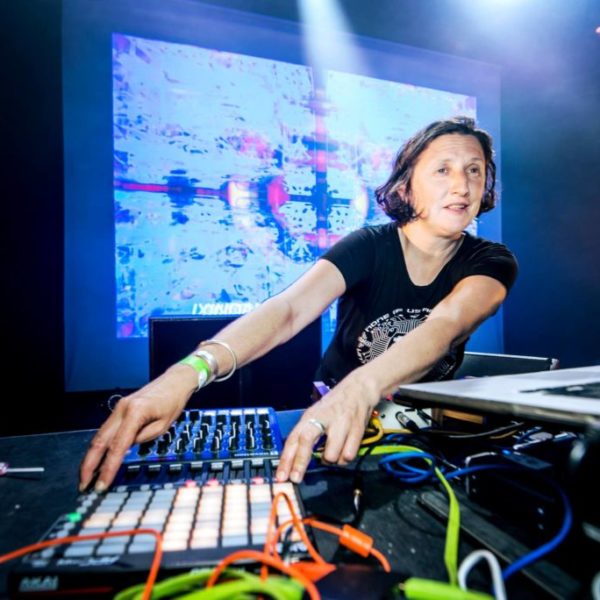 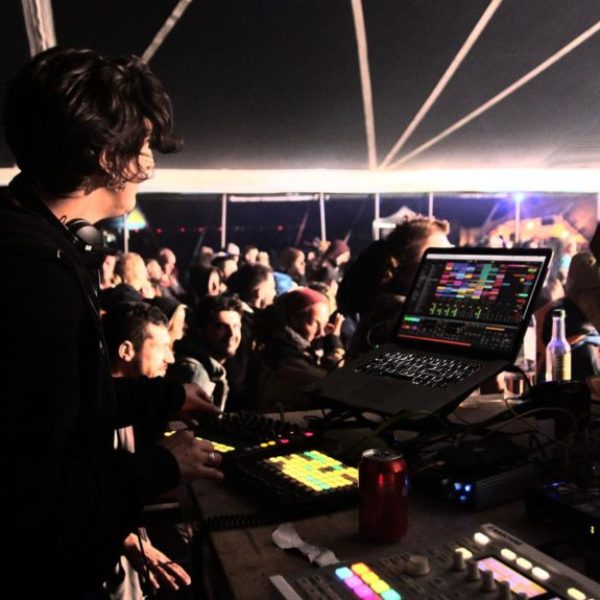 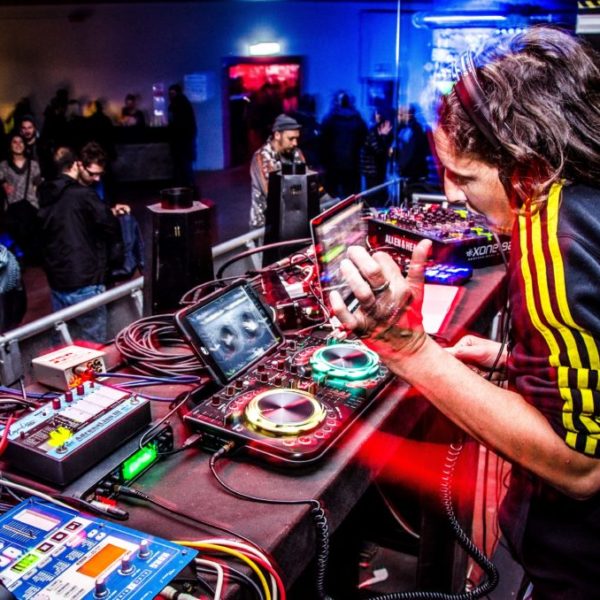 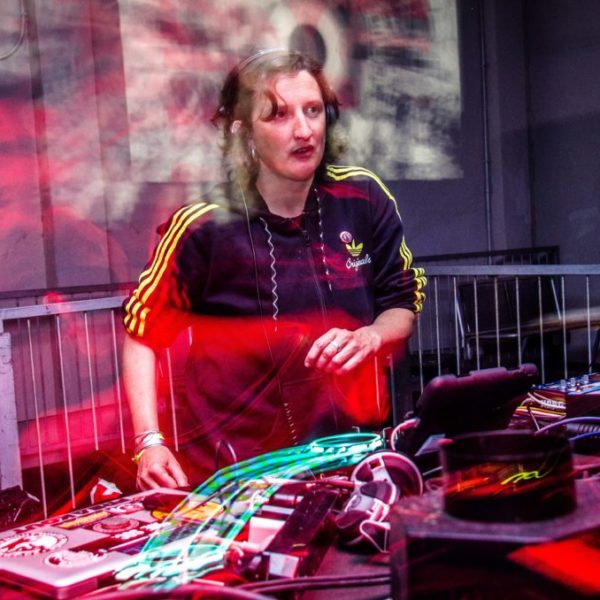 I’ve been involved in the European Underground scene for over 25 years, from the early days of Acid House and Travellers free festivals in the U.K through to the first free parties and Teknivals all round Europe, leading to a relentless gigging schedule spanning 2 decades, bringing up a family and running a successful record label in the meantime.
You can read more about my fairly long and extremely eventful life down below.

Born in the south west of England I grew up to the very beginnings of Acid House and the UK Travelling scene.

I Left home at 17 to live with Horsedrawn travellers and discovered England by foot, taking part in free parties and festivals.
My path crossed with Spiral Tribe many times in 92 while travelling from Somerset to Kent to pick apples. Free festivals seemed to keep appearing in our path and we were dubbed by I.D magazine “‘The Horsedrawn Hardcore” who travelled to raves by horse and cart.
On meeting with the tribe I was encouraged to play on the decks and my obsession with the music lead to me leaving my horse drawn life and joining the tribe.

After Castlemorton festival where all our possessions, money, trucks and records were confiscated and with the criminal justice bill looming we decided to leave the U.K  and party elsewhere, with a donated truck and sound system and a crew bus we crossed the channel and headed straight to Berlin.By this time I was already together with Meltdown Mickey an original Spiral DJ and soon to be Father of my kids.

After partying Berlin, Rotterdam and Paris at the age of 22 I found to my dismay that I was pregnant. I was worried that it would hinder my DJ career but there was no chance of that and after giving birth to a son in Berlin, I was soon taught to use the Spiral Tribe studio as a way to combat post natal blues, making my first tracks for Network 23 and working towards an eventual Liveset.

Years of Parties and festivals followed, where the tribe went on to conquer most of Europe most specifically France, Czech Republic and Italy where we had the most impact and launched the first Czech Tek in 93. We also partied Portugal, Switzerland, Holland, Spain and made several trips to Bosnia after the war.

4 Years later my daughter was conceived in Portugal where we were doing parties with Total Resistance. My idea was that not wanting to give up a life on the road, the 2 kids would be company for each other, I would educate them myself and we would continue trucking around Europe putting on Raves forever.

Reality soon kicked in and it was apparent that living and educating 2 kids in a small truck which also housed my home studio was a tall order and while Sound Conspiracy took the road to India we settled in France, which became our home and Audiotrix family record label and rave crew was born.

I’ve been playing clubs parties and festivals pretty constantly over the last 28 years, the music and music technology being my inspiration, my family giving me the support needed to bring up the kids and continue with my musical missions.

I am as proficient as a DJ as in playing live and cover a multitude of styles From Techno to Bassline, Funk, Breakbeat, Electroswing and DNB.

Now living in Berlin I am involved in various projects and am at present exploring new ways of playing improvised live sets with some of the vast array of new hardware which is now being produced.The Synthesizer remains my all time love and playing it live a key part of my signature sound.

We use cookies on our website to give you the most relevant experience by remembering your preferences and repeat visits. By clicking “Accept All”, you consent to the use of ALL the cookies. However, you may visit "Cookie Settings" to provide a controlled consent.
Cookie SettingsAccept All
Manage consent