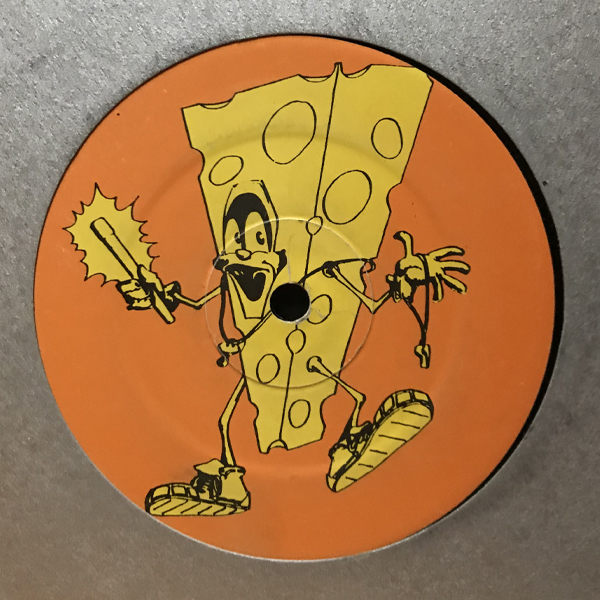 I hated this record by the time it came out, when Jeff told me that due to confusion at the pressing plant they had pressed 1000 copies instead of 500 I was most upset, but of course it was a hit.

I don’t know why I disliked it so much, but I remember I felt embarrassed about the snoring song, I had thought that a sample of a snore would sound like a Bassline, but I think we can all understand that it doesn’t. The recording was not actually anyone I knew, but sampled from a dub record.

The B Side which is a long Improvised track using the ROLAND 303,909 AND SH02 and probably the bass station synced up with CV and Gate, made it into Tsugi magazines top 10 underground tracks listing in their free party edition.

A2 “Balloons” was arranged on notator on the stacey laptop by me and Seb (69DB) on the Sunday evening during Blast Off 95 party in Rome, we did it then as it was not always easy to find time to work in the studio in a good park up while the Genny was running, we had just about finished and were ready to record and enjoy the last hours of the party when the Genny ran out ! We hadn’t saved and were obliged to start the arrangement all over again when the Genny restarted, how many times did we need to learn this lesson ?

The artwork which was rather different from the usual Spiral black and white style was drawn by a friend of Ben and Sasha in the U.K. 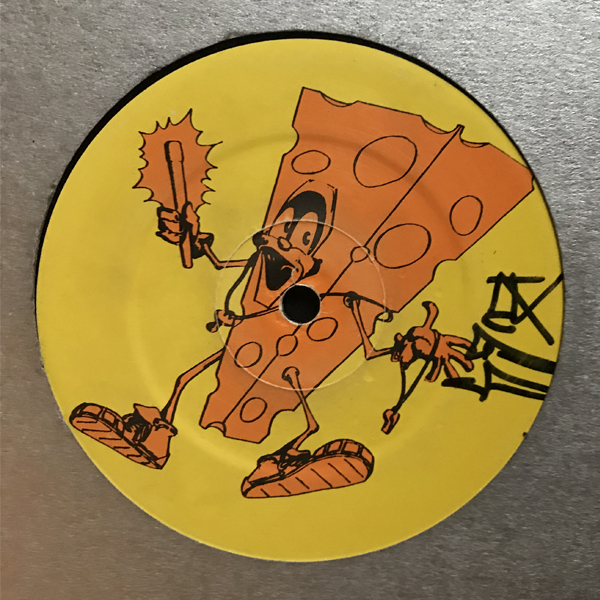 Acid Cheese 1 – 1996 Blue Spiral – 1996
We use cookies on our website to give you the most relevant experience by remembering your preferences and repeat visits. By clicking “Accept All”, you consent to the use of ALL the cookies. However, you may visit "Cookie Settings" to provide a controlled consent.
Cookie SettingsAccept All
Manage consent