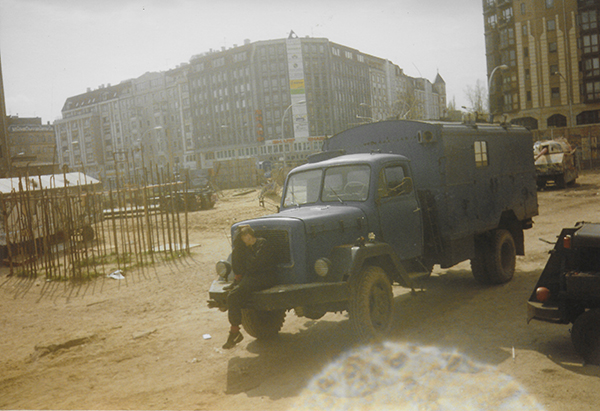 Also where I recorded the SP23X mixtape in the Bus, directly between having a baby and the Massive “BLAST OFF 94” Party we made with Mutoid Waste at New Year.

Here in the picture I am sitting on the front of the Magirus Deutz truck that later pulled the showmans studio Trailer. I hated having my photo taken and always avoided cameras, interviews and and any press interest.

It was my second time in the Spiral Studio having previously made a track with Sebastian while we were at Potstdamerplatz in December 1993.I was heavily pregnant with my son and finding life on the road in the Berlin winter fairly challenging, but I was dedicated to the mission and had decided that having a baby would not change the path I was on.
This first track was lost when the DAT machine malfunctioned and recorded over it. We remade this track but the 303 line was never the same. 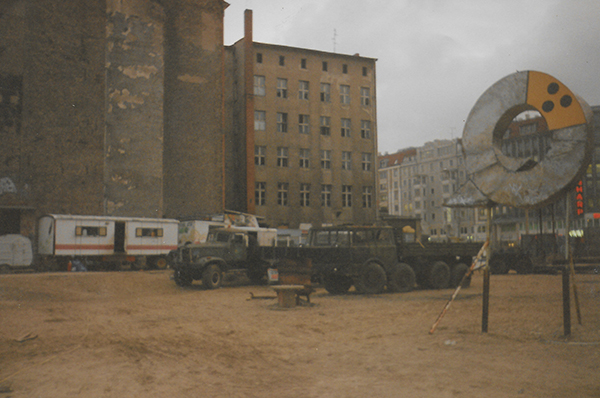 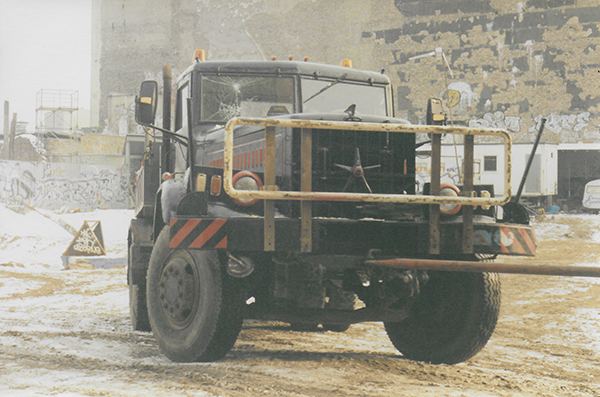 Meanwhile I gave birth to my son in Charite hospital and the Tribe had moved into the backyard of Tacheles Kunsthaus and were enjoying the luxuries of constant electricity.

The studio had been set up for a while at Tacheles, but when I went in for the sesh Simon insisted I unplug everything and plug it all back in, and also that he wouldn’t touch anything so I would learn how it all worked.

I had no real idea of how music was made which accounts for the unusual high hat pattern, the vocal sample was just a sample for a random record we pulled out of the box recorded and then reversed and the laugh which I think crops up again in other network productions, was one of Simons samples and maybe came from the manga Tetsuo ? 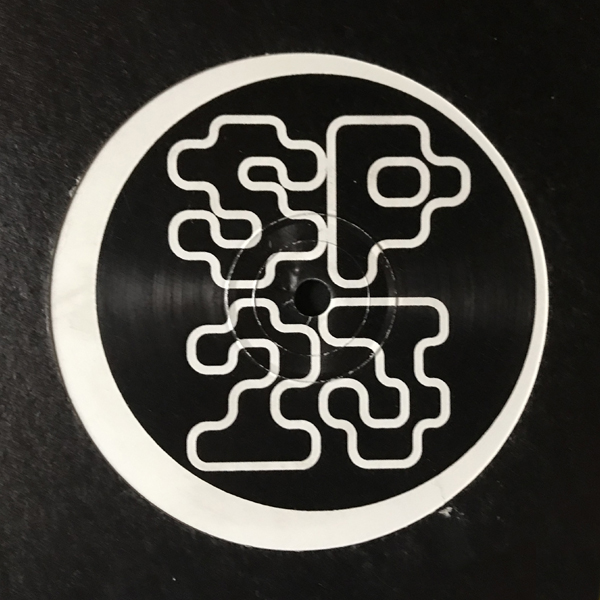 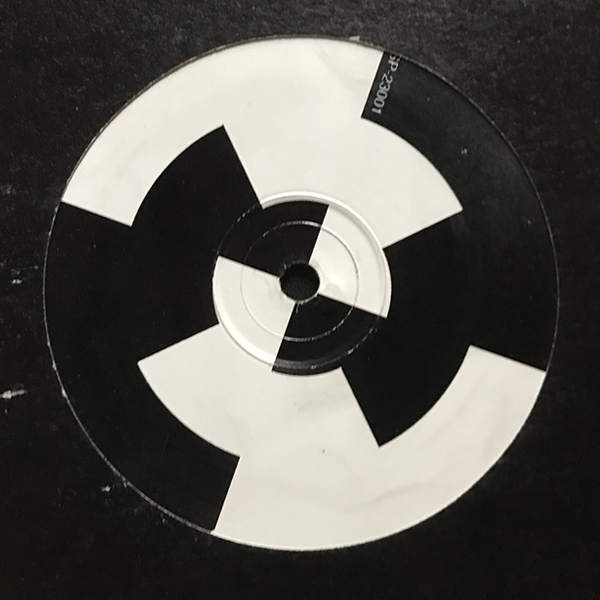 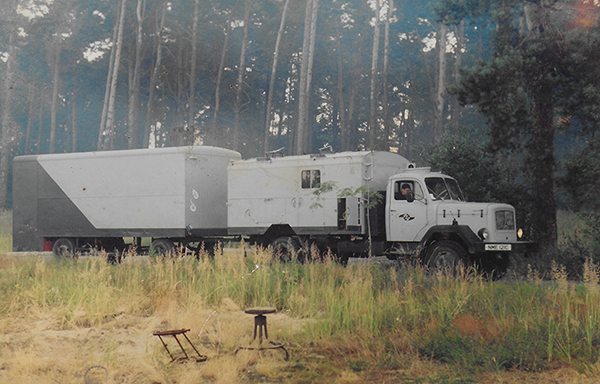 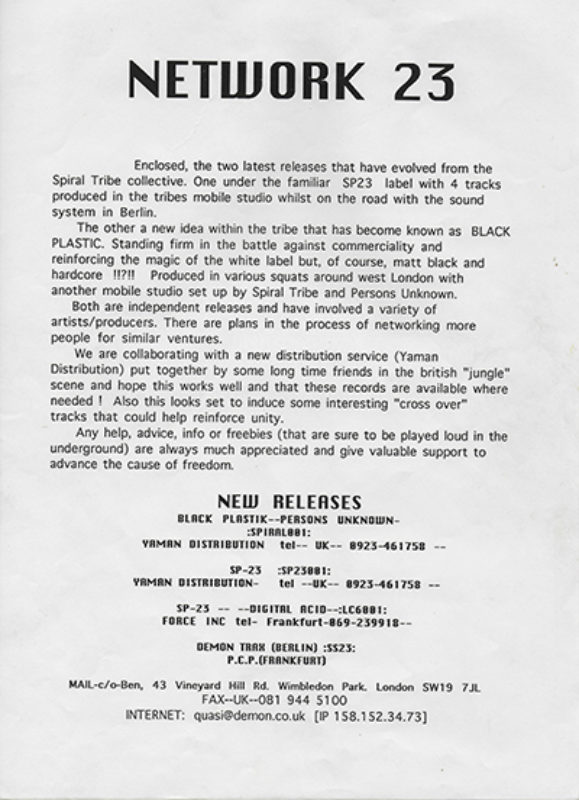 One Tribe Live Catspit – 1995
We use cookies on our website to give you the most relevant experience by remembering your preferences and repeat visits. By clicking “Accept All”, you consent to the use of ALL the cookies. However, you may visit "Cookie Settings" to provide a controlled consent.
Cookie SettingsAccept All
Manage consent