The Racket Stack was born out of the original container Spiral Space in Kreuzberg where we presented “The Berlin years” Spiral Tribe exhibition in Sept 2017 followed by a big Party at Mensch Meier.

Story of the Racket Stack

After hosting many an after hour to some of Berlins most disreputable club nights , gentrification kicked in and the containers were moved to a new home .

The Stacks were the name of a fictional site in the future, where due to lack of surface space trailer parks were built upwards, with trailers and containers stacked on top of each other.

Now the habitat and continuing project of the Racket Alert duo, the container venue now vertically piled, became known as the racket stack.

The new Diskobabel container village in Prenzlauerberg is run in collaboration with many groups from the Berlin underground including Jonny Knüppel, Zircus Mond, Kopfüber, The wild waste Gallery, Czentrifuga and Organ.

Next Racket Stack event will be the Bogotrax Soli Party on 31st Jan.
Installations by Kollage Kollectiv. 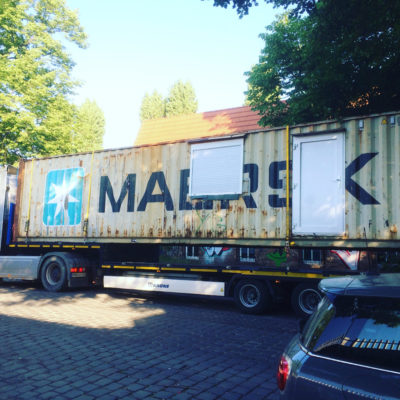 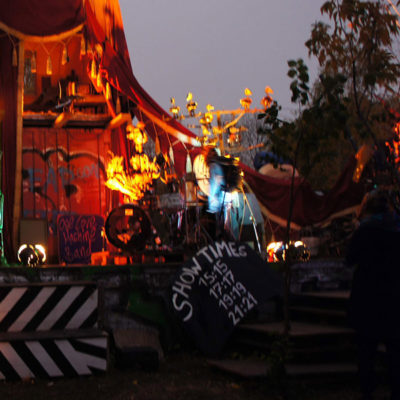 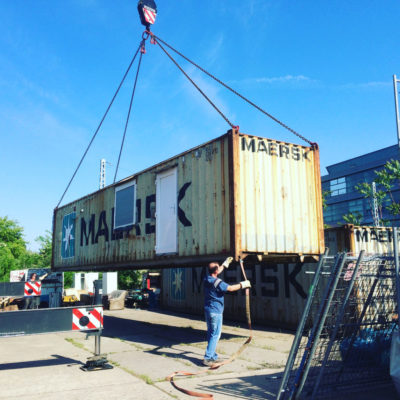 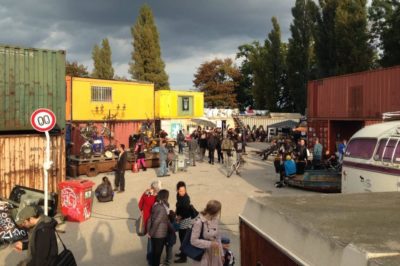 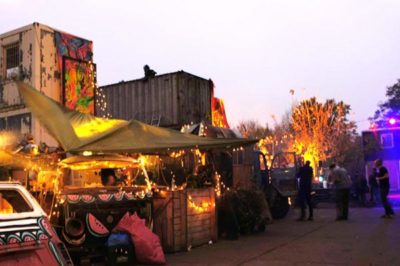 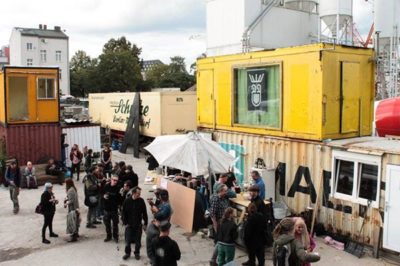