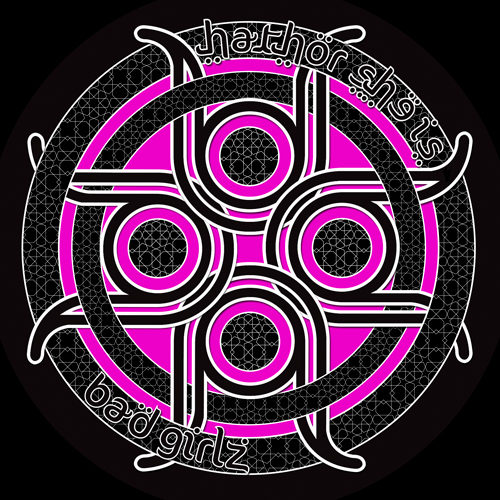 Hathor is the Egyptian Mother Goddess of the sky, pleasure, music and dance, she is the female force within us.

The music was created by Ixindamix with Endlesss app at Aswan on the Nile. Vocals by Sim Simmer recorded at 90100 Soundstudio Palermo.
Graffix are created by Feexix 13 in the image of Hathors traditional headdress.

“Hathor She is” is a fierce but feminine Techno tribute to the Eygptian goddess with a Banging Acid Remake on the B-Side.

The first ever Audiotrix coloured vinyl in Bad Girlz Pink was a limited run of 150 copies and sold out in just 2 weeks. It’s now available in Digital and Black 10″ vinyl from the Ixindamix Webshop and Bad Girlz Bandcamp

Esc Ctrl Recycle One Tribe Live
We use cookies on our website to give you the most relevant experience by remembering your preferences and repeat visits. By clicking “Accept All”, you consent to the use of ALL the cookies. However, you may visit "Cookie Settings" to provide a controlled consent.
Cookie SettingsAccept All
Manage consent